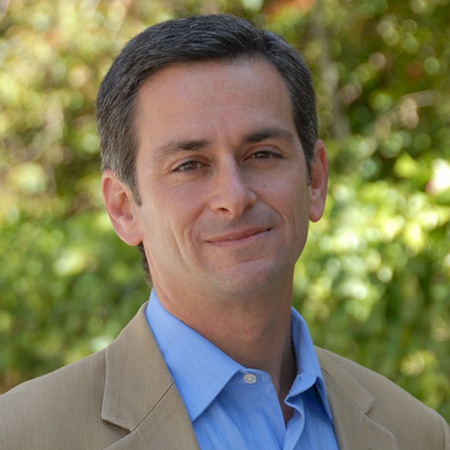 Rabbi Kenneth Chasen became the Senior Rabbi of Leo Baeck Temple in 2003. Prior to joining Leo Baeck Temple, he served as the Associate Rabbi of Westchester Reform Temple in Scarsdale, New York, where his tenure was marked by significant innovation in the areas of religious worship and lifelong Jewish education.

Upon commencing rabbinical school in 1993, Rabbi Chasen was awarded the highly selective Wexner Graduate Fellowship. Rabbi Chasen holds a master’s degree in Hebrew Letters from the Hebrew Union College-Jewish Institute of Religion (HUC-JIR), where he received rabbinic ordination in 1998. He was the recipient of numerous honors and awards throughout his rabbinical studies, culminating with the Simon Lazarus Memorial Prize for attaining the highest overall academic standing in his ordination class.

The rabbi composes, records and performs original Jewish music as a member of the popular group, Mah Tovu. Mah Tovu has released three CDs and two books – “Days of Wonder, Nights of Peace” and “Day of Days” – which guide Jewish families in the creation of meaningful Jewish rituals in the home. Mah Tovu’s melodies are sung in synagogues, school and summer camps throughout North America and Israel.

Rabbi Chasen serves on numerous boards, including the Board of Trustees of the Central Conference of American Rabbis (CCAR), the President’s Council of the Hebrew Union College-Jewish Institute of Religion (HUC-JIR), and the National Board of Directors of the Association of Reform Zionists of America (ARZA). He is also a member of the Synagogue 3000 Leadership Network, a select group of rabbis, cantors and spiritual visionaries from across the country whose congregations are especially noteworthy examples of what synagogues can be in the 21st century. His articles have appeared in numerous books and journals, including Sh’ma and the Jewish Journal of Greater Los Angeles.

Rabbi Chasen is married to Allison Lee, the Associate Director of the Western Region for American Jewish World Service. Together, they share the joys and challenges of raising three children, Micah, Benjamin, and Eliana.