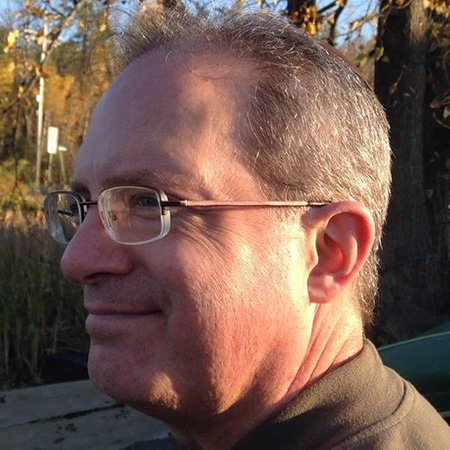 Cantor Martin Levson grew up in San Jose, California, and graduated from Stanford University with a Bachelor's degree in Music and History. He was ordained as a Cantor by the Hebrew Union College – Jewish Institute of Religion, School of Sacred Music in 1991. Cantor Levson has served as the Cantor of Sinai Temple of Springfield, MA since 2008, and has previously served congregations in Tulsa, OK, Monroe, NY, and Hamden, CT. Cantor Levson was a faculty member for all nine Lev Shalom/URJ Jewish Meditation Kallot in Prescott, Arizona from 2000 to 2008. His CD of music from these gatherings, “Kolot D'mamah – Music of the Jewish Meditation Kallah,” was released in 2004.

In 2007 Cantor Levson performed the world premiere of “Yizkor: Music of Memory and Mourning.” Composed by bassist David Chevan, this song cycle combines cantorial nusach and jazz and was accompanied by The Afro-Semitic Experience. He is a featured soloist with the Springfield Symphony Orchestra at their annual holiday concert. Cantor Levson serves on the faculty of the URJ Crane Lake Camp during the summer. He has served on the URJ Joint Commission on Worship, Music, and Religious Living, and is a former member of the Executive Board of the American Conference of Cantors. Cantor Levson was the founder, lead vocalist, and guitarist for Musicat Neshama, Oklahoma’s premiere (and only) Jewish folk-rock ensemble in the late 1990s. He has taught workshops and led services at national and regional URJ biennials and at numerous Aleph Kallot. In his “spare time” he has performed in community theater productions of “Fiddler on the Roof,” “Sweeney Todd,” “The Music Man,” and “Oliver!”

His wife, Sheri, is a Jewish educator and theatrical producer and director. They have been blessed with two extraordinarily talented and wonderful children, Alec and Elizabeth. Cantor Martin Levson passionately believes that 21st century American Judaism must fully engage the body, heart, mind, and soul, and he has taken the words of Psalm 100:2 as his personal motto: Ivdu et Hashem B'simcha! Serve the Holy One with JOY!