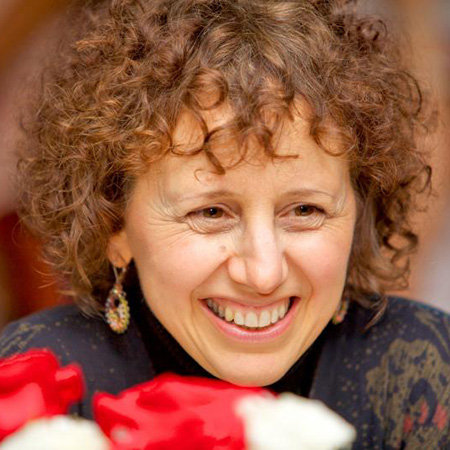 Cantor Benjie Ellen Schiller is Professor of Cantorial Arts at the Hebrew Union College-Jewish Institute of Religion, School of Sacred Music, in New York. Her work involves training cantorial students to bridge the gap between performance and spiritual leadership. She was invested as a cantor and received her master’s degree from the institution where she teaches. Cantor Schiller serves as cantor with her husband, Rabbi Lester Bronstein, at Bet Am Shalom Synagogue of White Plains, New York. They sing together in Beged Kefet, a philanthropic Jewish music ensemble. Beged Kefet’s three recordings feature Cantor Schiller’s arrangements and compositions.

Cantor Schiller is also a nationally known composer. She received her bachelor’s degree in composition from Boston University. Her works include “Life-Song Cycle,” a series of pieces for Jewish life passage ceremonies; “Halleluhu,” a multi-rhythmic setting of Psalm 150; “V’ye’etayu,” “Grace,” “U’kratem D’ror- Proclaim Liberty” and various commissioned works for synagogues, choirs, and interfaith liturgical groups. A World Fulfilled, a solo recording of her compositions, was released in 2002.

As a classical soprano soloist, Cantor Schiller has appeared with the John Oliver Chorale, the Boston Zamir Chorale, the Rottenberg Chorale and Sine Nomine of New York. She has served as cantor in several congregations, and tours the United States as a “cantor in residence,” sharing new musical approaches to prayer and celebration. Cantor Schiller is a faculty member of the Institute for Jewish Spirituality Cantorial Program; and has served as a national fellow of the Synagogue 3000 project, and as a member of the C.C.A.R. editorial committee for the new prayerbook of the Reform movement, Mishkan Tefillah. She is a featured cantor in Yamim Noraim, a 1995 CD recording of High Holy Day music, published by Transcontinental Music, and in A Taste of Eternity with the Western Wind musical ensemble.