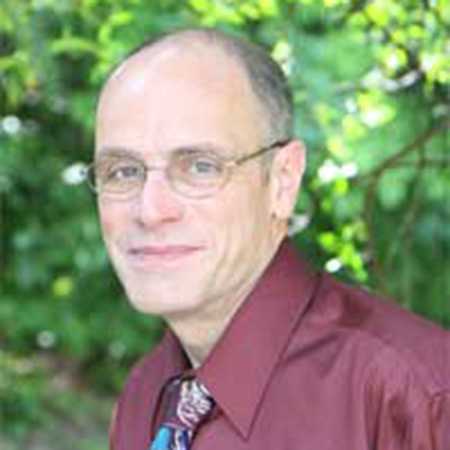 Cantor Andrew Bernard has served as cantor at Temple Beth El in Charlotte, NC since 1999. Cantor Bernard earned undergraduate degrees in piano performance and pre-med from Oberlin College and the Oberlin College Conservatory of Music, and his masters and doctorate in choral conducting from the University of Washington where he was a student of Abraham Kaplan. His doctoral research on Benjamin Britten’s War Requiem and Leonard Bernstein’s Kaddish Symphony earned him national recognition. He was invested as a cantor and awarded a Master of Sacred Music degree from Hebrew Union College–Jewish Institute of Religion in 1998.

Before entering the School of Sacred Music at HUC-JIR in 1994, Andrew held various positions as music director, conductor and soloist in congregations and community organizations, including Temple De Hirsch Sinai, First United Methodist Church and the Community Sing-Along Messiah, all in Seattle, and was Artistic Director and Conductor of the Seattle Pro Musica Singers and Chamber Orchestra from 1980-1985. He has been an active participant in many professional, community and charitable organizations.

Cantor Bernard is the author of The Sound of Sacred Time: A basic textbook to teach the Synagogue modes, which has been distributed in nine countries worldwide, and is currently in use at seminaries in New York, Los Angeles and London. It is currently available from the author. His Spring 2007 interview in Reform Judaism Magazine on the Kaddish was the first in that publication’s series on music and liturgy.

Cantor Bernard is also a contributor to, among others, the synagogue music curriculum Divrei Shir, toWorship Music: a concise dictionary, and the URJ website supporting Mishkan T’filah. His liturgical compositions have been published by Transcontinental Music and Synagogue 2000. Cantor Bernard is a vice-chair of the URJ’s Joint Commission on Worship, Music and Religious Living, on which he has served since 1995. He was conductor of the 2005 URJ Biennial Choir and guest conductor of the Atlanta Jewish Choral Festival in 2002 and 2005. He also served on the faculty of the North American Jewish Choral Festival and Mifgash Musicale. Cantor Bernard is a member of the American Conference of Cantors, which honored him with its inaugural President’s Award for Volunteerism at the 2008 convention.

When not working, Cantor Bernard can often be found training in a local swimming pool.