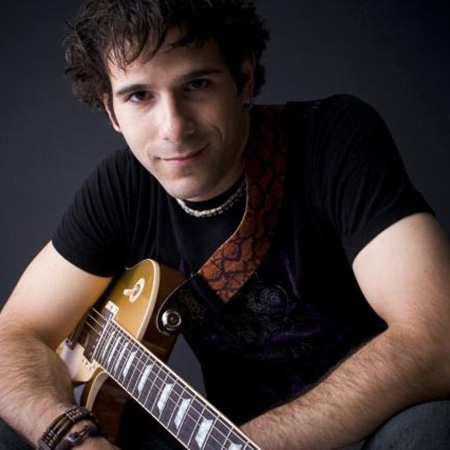 Josh Nelson is one of the most popular performers and producers in modern Jewish music. A multi-instrumentalist and songwriter, Josh's music is celebrated and integrated into the repertoire of congregations, camps and communities around the world.

Delivering high-octane Jewish rock, the Josh Nelson Project is five of the most talented performers in the United States. Each musician is young, Jewish and a positive role model.

2009 marked the long-awaited release of "Lift," the debut CD from the Josh Nelson Project. Built upon songs of Jewish identity and continuity, "Lift" breaks new ground with razor-sharp lyricism and a progressive, radio-ready sound.

The Josh Nelson Project is a perfect choice for community concerts, inspiring Shabbat services and artist residencies. Josh's performance style is high-energy and captivating, and his music consistently leaves audiences with strong feelings of community.

Josh has performed over one thousand shows in a variety of venues. Highlights include: international conventions for each of the major youth movements in the USA (NFTY, USY, BBYO, etc.), URJ Biennial Conventions, Limmud Conferences, JCCA National Conventions,JCC Maccabi Games,CAJE Conferences and JCCs across the country.

Josh serves as the music director for the URJ Biennial Convention, faculty for theHava Nashira Music Institute, and a musical artist in residence for the JCC Maccabi Artsfest

Josh was selected as a 2011 PresenTense NYC Fellow for THE WAREHOUSE, an alternative Shabbat experience for unaffiliated young Jews in major metropolitan areas.