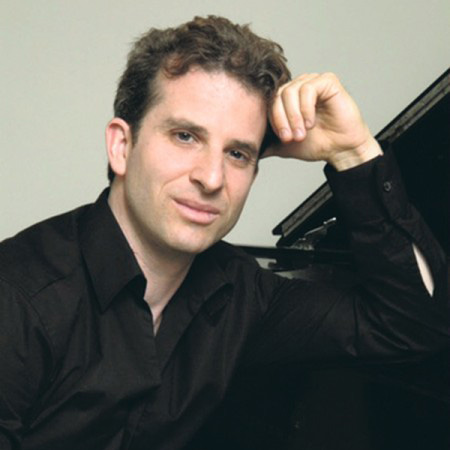 Cantor Jonathan Comisar began his music career in his native Rochester, New York, where he studied piano in the preparatory department of the Eastman School of Music. At the age of 17, he won first prize in the Eastman Young Artists Award and performed as piano soloist with the Rochester Philharmonic Orchestra. Cantor Comisar continued to study piano and music theory at Oberlin and after graduation, studied composition with Pulitzer Prize winning composer David Del Tredici. He is grateful for his piano teacher Sophia Rosoff who continues to give him spiritual as well as musical guidance.

A graduate of the Hebrew Union College School of Sacred Music in 2000, Cantor Comisar has served the Community Synagogue of Rye, New York for the past five years. Taking every opportunity to make the musical life of his congregation thrive, he has premiered original compositions, created a chamber music series, taught numerous classes on the history of Jewish music, and directs a thriving children's choir. Cantor Comisar has been invited to synagogues in Toronto, San Francisco, Philadelphia, and Tulsa to be guest composer/artist-in-residence. Jonathan Comisar has been recently chosen to participate as a composer in the prestigious Lehman Engel BMI Musical Theatre Workshop.